July 23rd 2022. Sky and Telescope recently published an article about a newly identified dormant black hole in a binary relationship with a large blue star located in the Tarantula Nebula in the Large Magellanic Cloud. The article was accompanied by a short video showing the location of the binary system. Since I had imaged the Tarantula Nebula region some time ago I wondered if I could identify this system in my image. It turns out that I could. Of course in my image the star looks no different to all of the other stars in the image. Nevertheless, it is still a wonder to know that that little blip of light is the site of a black hole. The image below is a crop from the original and shows the location of the binary system. Superimposed is an artist's impression of the binary system lifted from the article. My guess is that the actual size of the black hole is many, many times smaller than is shown. 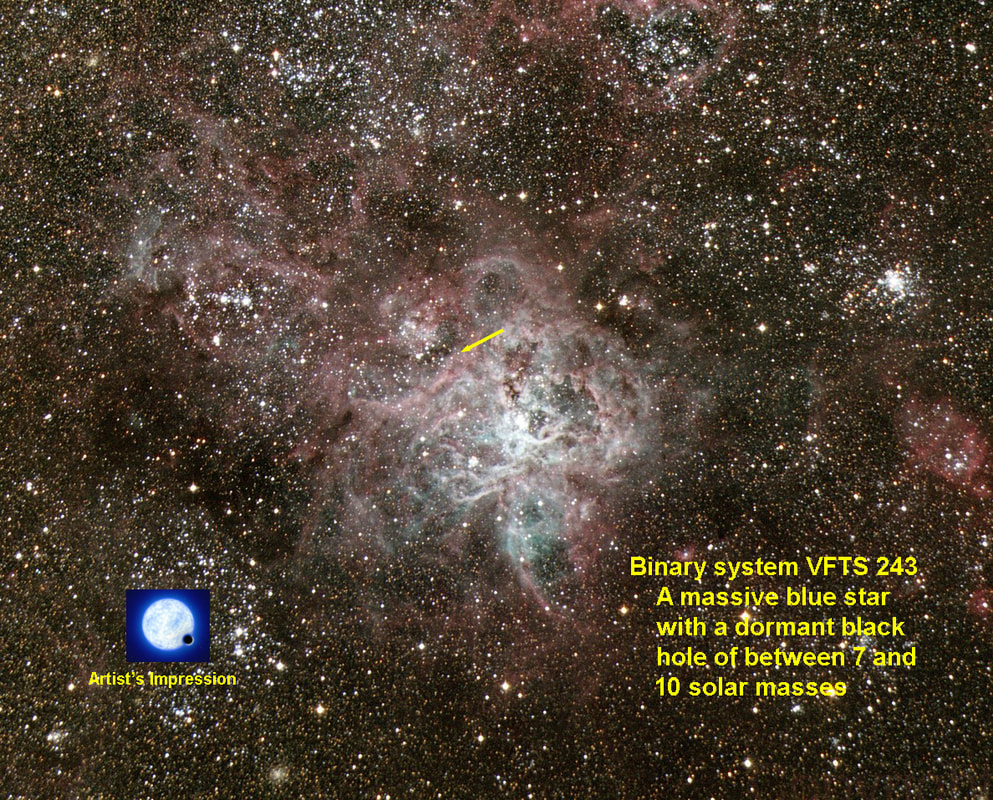 June 12th 2022. It has been a long time between drinks. The generally wet and cloudy conditions that have prevailed over New South Wales for these many past months has not been conducive to getting outside at night to view / image. However, it has allowed time for other things. Taking advantage of an rare clear night this last week I took some screenshots to form the basis of an article demonstrating how easy it is to use EAA to view deep sky objects. A link to the article has been added to the bottom of the EAA and Outreach page.
May 22nd 2021. Before the ZWO ASI294MC Pro camera arrived in September last year I had been used to using a 1 1/2 inch Baader Neodymium Moon and Skyglow filter with the GStar-Ex3 camera, So it was natural to get a 2 inch version of the same filter to take advantage of the wider field of view that the ZWO camera afforded. However in the hurley-burley of getting to grips not only with a new camera but also new software (SharpCap) I never could quite get the new filter to work properly. It always seemed to create an unwanted light gradient in the delivered image. After much angst and huffing and puffing I eventually put the problem into the too hard basket and consigned the filter to the back of a cabinet drawer in the observatory. Of course that meant that viewing / imaging in bright moonlight was a challenge and I ended up avoiding nights when the Moon was more than 1/4 full which severely limited the total acceptable observing time. Anyway, having by now pretty much digested the proper technique for creating suitable SharpCap flats for the camera without the filter I thought it was time to dig the filter out off the drawer and try again. And this time it worked! So I spent the rest of the evening happily viewing quite a few objects despite the Moon being 78% lit. This SharpCap screenshot showing Messier 17 illustrates the point. 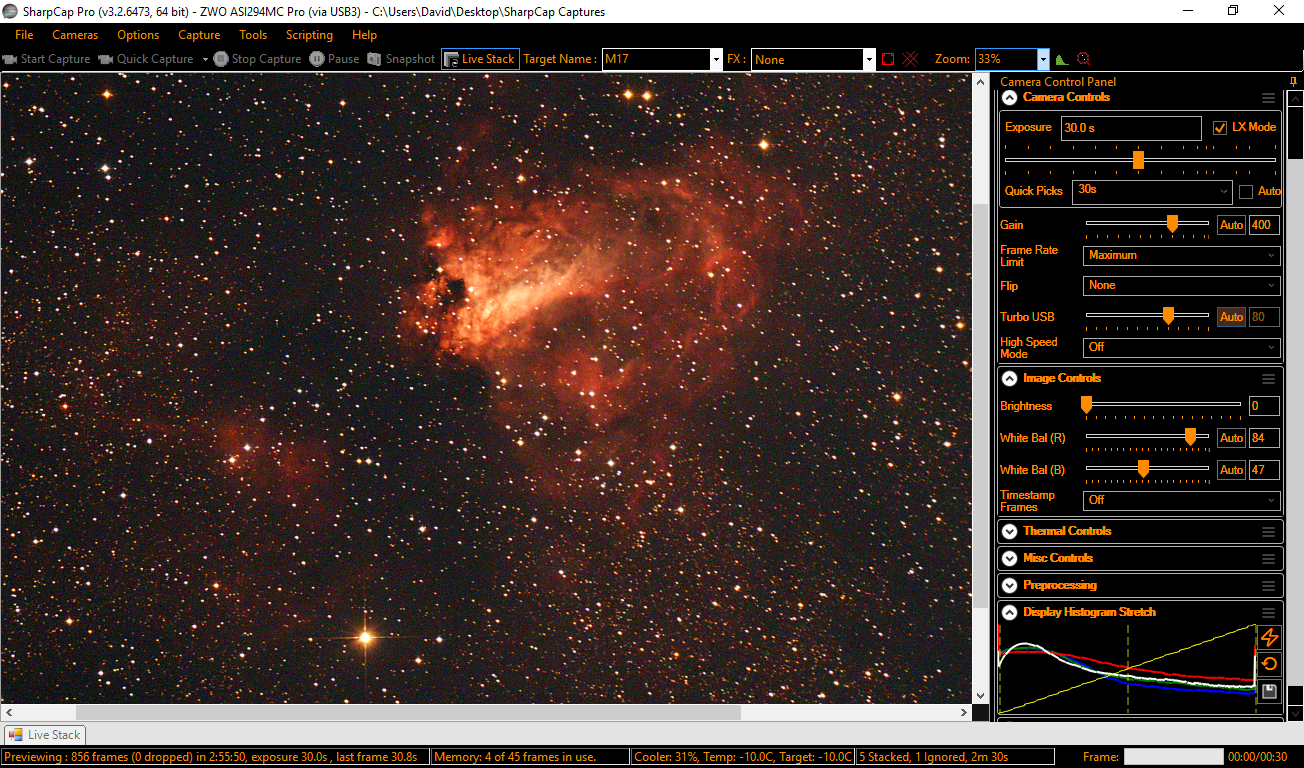