The Olympus OMD E-M10 Mark III is the latest (as at May 2019) version of this entry level mirrorless micro four thirds digital camera, It has many features designed primarily for every day use but its attraction for me is its fairly large imaging sensor measuring 17.3mm x 13.0m delivering an image resolution of 4608 x  3456 pixels. Matching it to the SkyWatcher 150 PD Newtonian telescope at prime focus produces a field of view of 1 degree 18 minutes x 58.5 minutes which is considerably larger than that produced by the GStar-Ex3 "video" camera.

With this camera's relatively large imaging sensor and the SkyWatcher's fast f/5 system, some coma is to be expected at the sensor if not first corrected. The Baader 2" MPCC (coma corrector) provides that correction very well. For optimum performance it requires a distance of 55mm +/- 1mm between its rear T2 threads and the imaging sensor. The sensor is 19.2mm behind the front surface of the camera and so a 35mm long Kipon T2-micro four thirds connector exactly fills in the rest of the gap within the stated tolerance.

Very conveniently the camera has built-in wifi allowing it to be controlled wirelessly from an Olympus app on my iPad. The app shows the camera's live view display and allows the exposure length and ISO rating to be set when the camera's manual mode has been selected. Of course the app provides a shutter release button for taking exposures. If required, multiple exposures and a count-down timer can also be activated from the app.

The live view display of the night sky is not very bright revealing only the very brightest stars. So to check on subject framing and the consequences of setting exposure length and ISO rating it is necessary to take test exposures. These can then be immediately reviewed on the iPad. However, unlike the supporting software for my CMOS “video” camera, this setup makes no provision for immediate stretching of an acquired image and other usual image processing techniques. Any such processing has to be done after the image has been transferred to a program such as Photoshop. Thus this setup is not really suitable for outreach purposes. 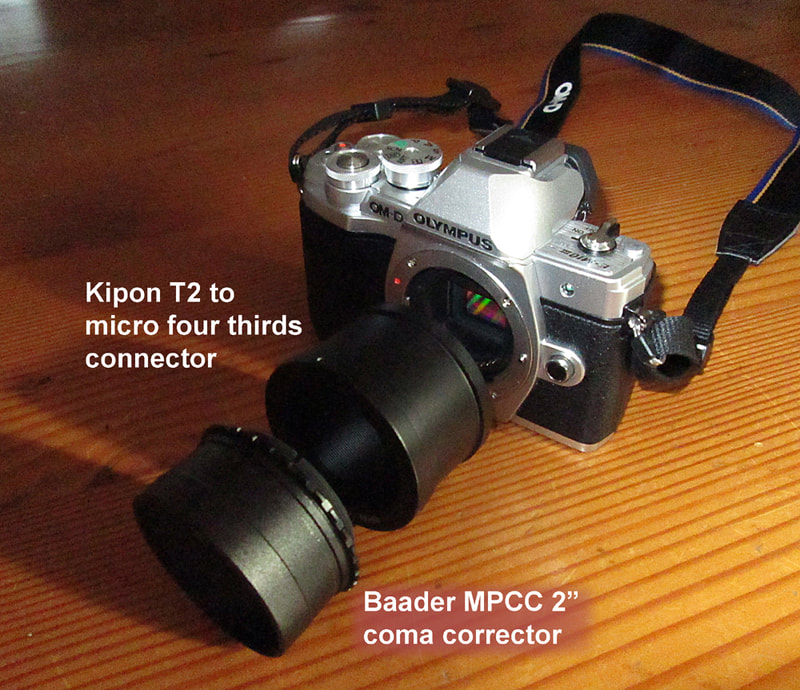 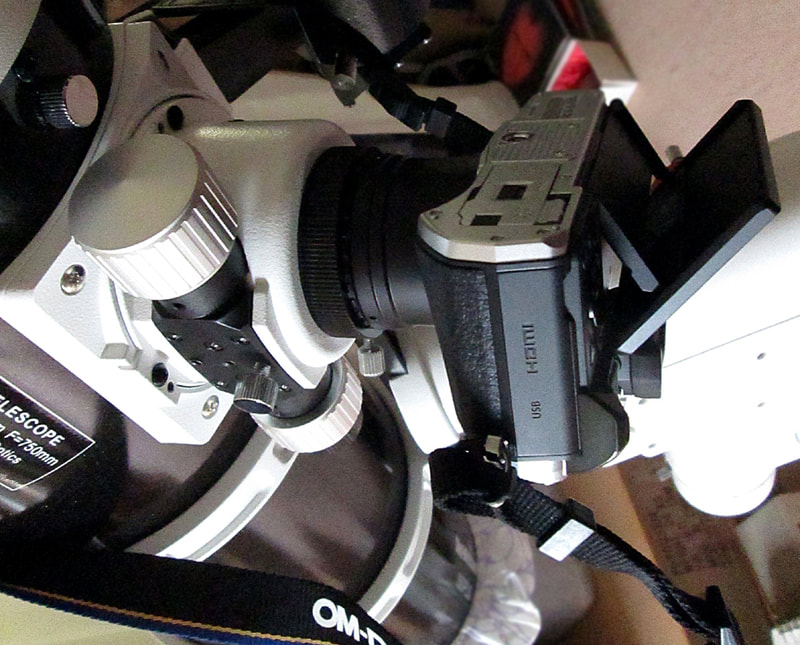 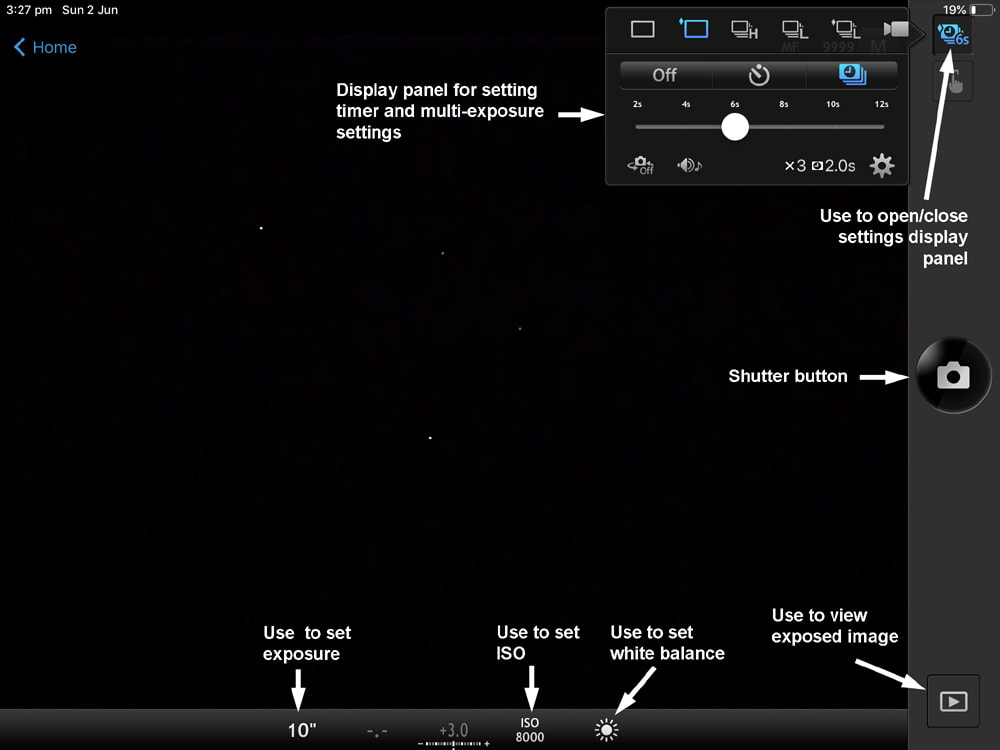 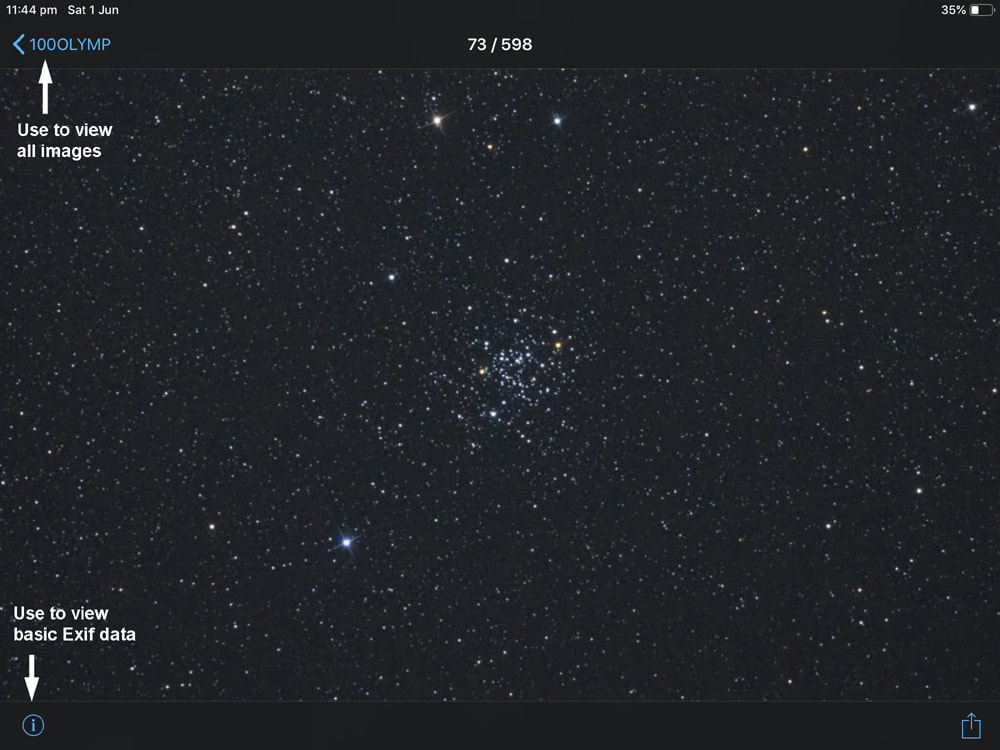 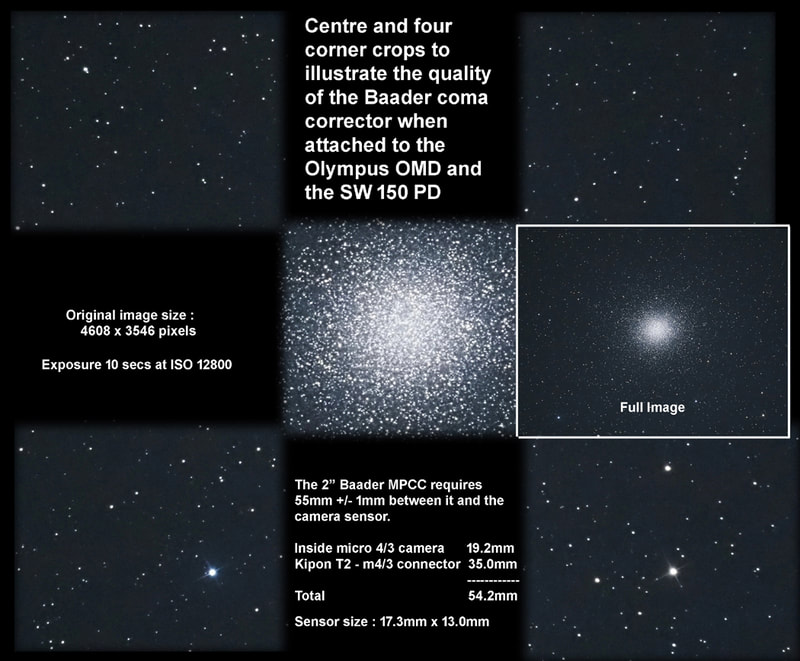