The combination of the fast f/4 imaging system of the Vixen R200SS telescope with the large imaging frame of the ASI294MC Pro camera is definitely not best suited to planetary viewing. The planets appear as tiny dots that are barely visible when the camera's image is viewed full frame on screen. This is especially so when not using binning so as to take advantage of the smallest effective pixel size possible. However, the telescope's optics are very good and the image can stand quite high magnification beyond the camera's native resolution. Thus viewing at 400% is quite realistic. The result is a reasonably satisfactory view but does not compare with those produced other imaging systems that use longer focal lengths and smaller camera sensors. Perhaps the use of a barlow lens might improve the image quality. 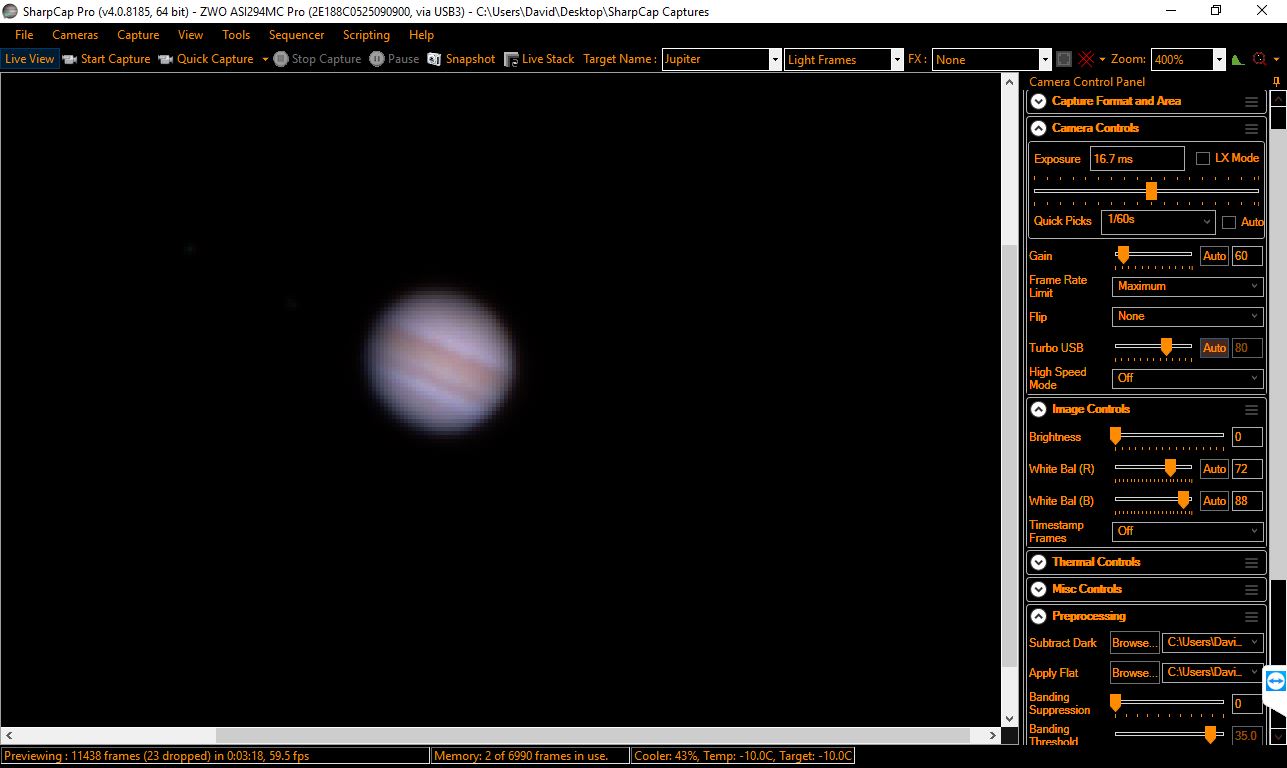